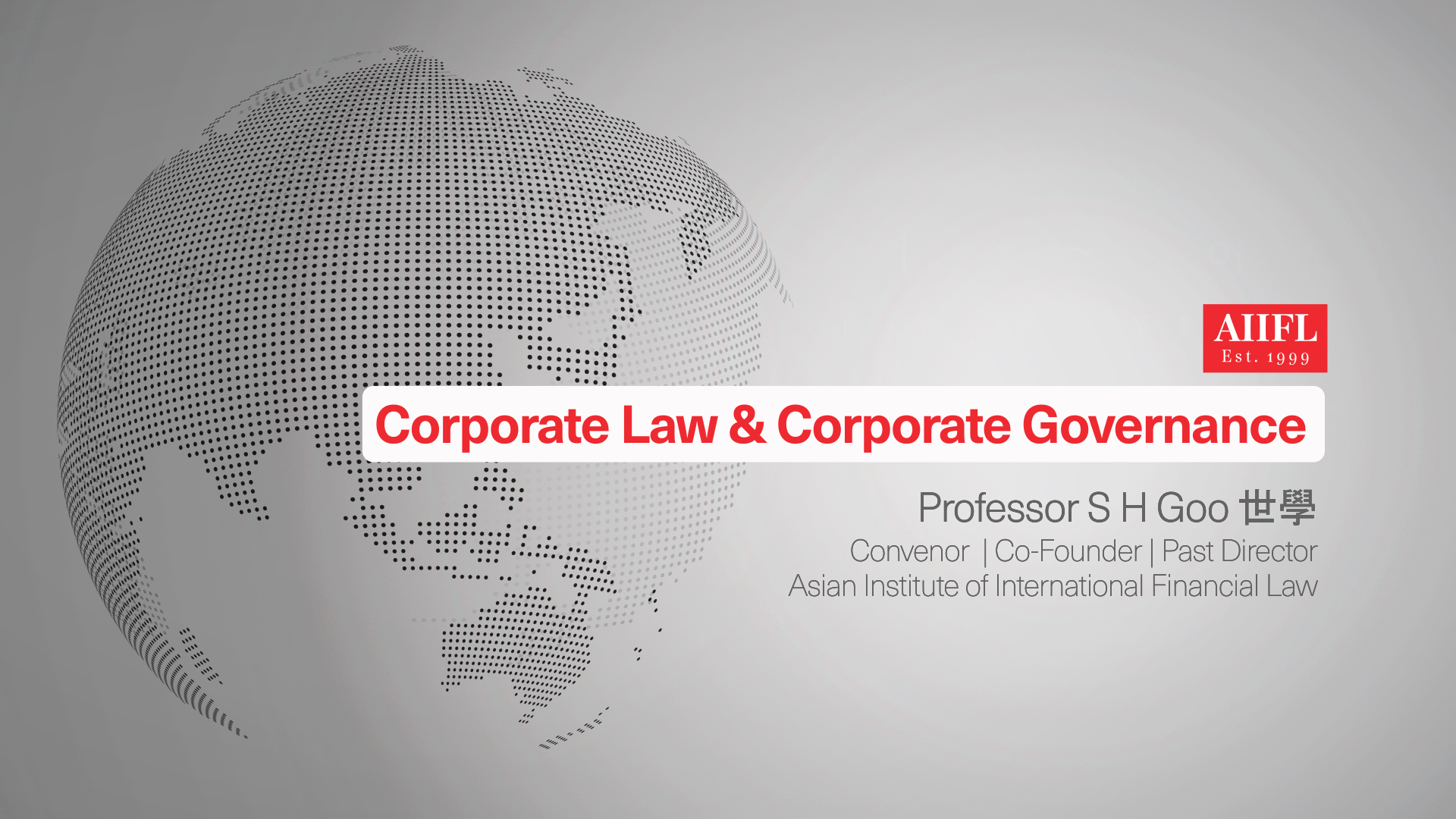 Corporate Law and Corporate Governance has been one of the founding areas of research since the establishment of AIIFL. Fellows working in this area have contributed a great deal to the teaching of courses and supervision of PhD research in the area. Many leading experts in Corporate Law have joined the Advisory Board. Professor Sarah Worthington as Visiting Professor and Professor John Lowry joining as Deputy Director have crucially strengthened the repertoire of the Institute in Corporate Law.

There have also been significant publications in the area from Fellows in the form of books, journal articles, Halsbury’s Laws of Hong Kong and other government reports (eg History of Companies Incorporation in Hong Kong, CR, July 2013)

Fellows were also involved in the Rewrite of the Companies Ordinance and the reform and development of Corporate Law and Corporate Governance in Hong Kong, and served on the Standing Committee on Company Law Reform, as well as advisory board of other Centres and editorial board or committee of international journals.

AIIFL has also hosted the Corporate Law Studies Interest Group, convened by Professor CK Low at the Chinese University of Hong Kong from 2006 to 2015. With the establishment of CFRED at CUHK, this programme has now become a Joint Programme between AIIFL and CFRED.

From 2015, AIIFL and Companies Registry will join force to bring to HK world-renowned experts in Corporate Law to engage in research and deliver cutting edge lectures on Corporate Law and Governance issues annually. This will significantly enhance the research capacity and impact of AIIFL in this area.

The study found that Hong Kong’s corporate governance system is generally on a par with international best practices in many areas, including its statutory law, non-statutory listing rules and codes, and gateway mechanisms for new listings.